Did anyone tell you that Rainbow Mountain is at 5,000m or 16,400 ft? For someone who suffers from altitude sickness often (Anna), this is not the best place to be. But, no one tells you.

The night before we were at 13,000 ft and I was having the worst altitude sickness – including but not limited to nausea, headache, vomiting, and lethargy.  Steve made me coca leaf tea and it helped for all of 10 minutes, and then I was off to vomiting that again. If you are ever going to higher altitudes, don’t take a chance just take the medication one or two days before you plan on going to higher altitudes. If you are feeling the symptoms, it’s too late and you just have to ride out the vomiting. In my opinion, not worth it. 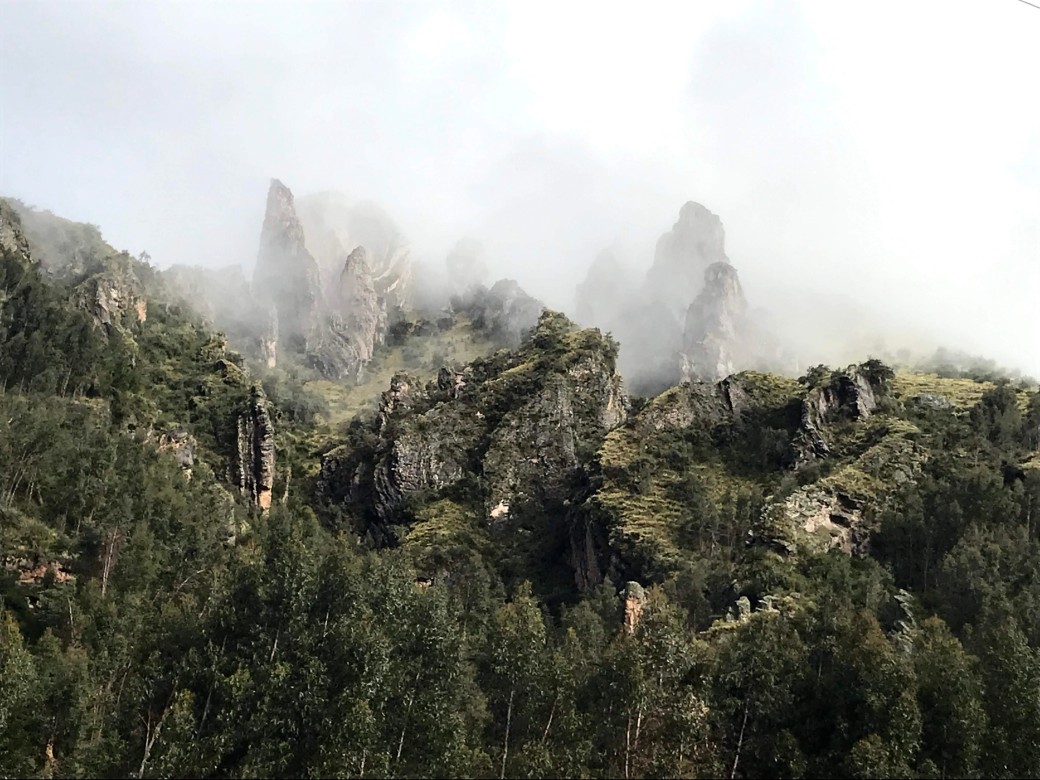 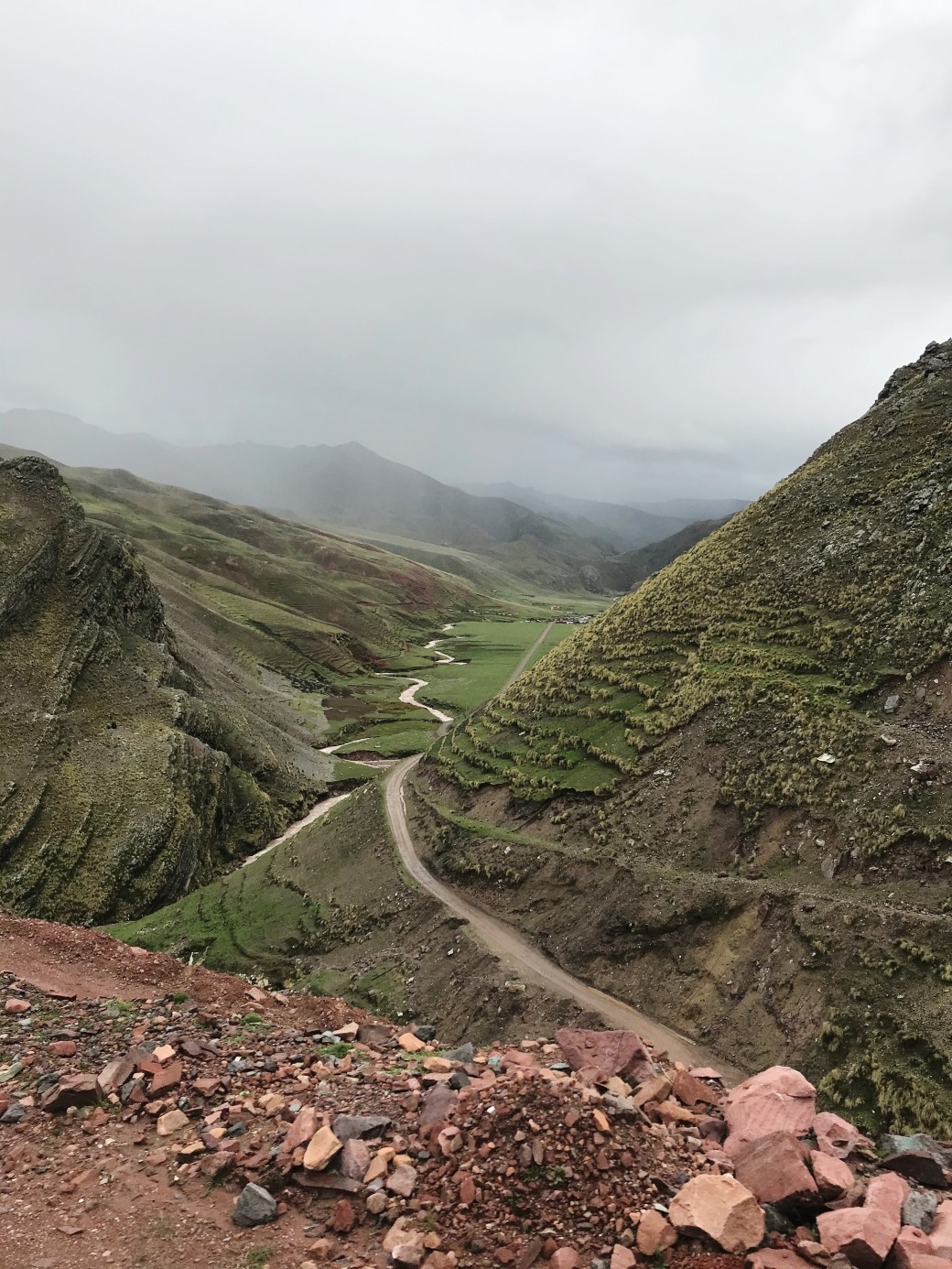 The drive into the rainbow mountain takes you through a serene valley and village. It is breathtaking because you are so high (thus no air) and because you are driving on a dirt road with no guard rails. This is what we imagined when we thought of Peru, quiet remote villages where the ladies are taking their farmed produce down to the local square. It’s really nice to see after such a shocking level of garbage strewn about everywhere in Peru. 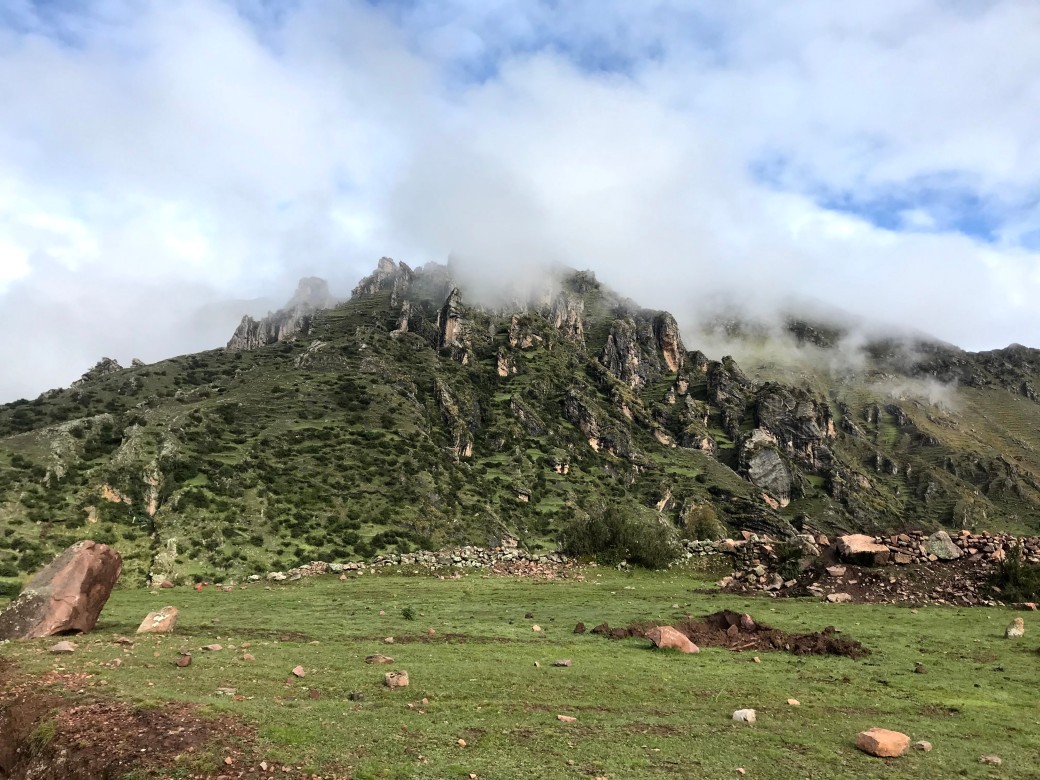 We finally get to the rainbow mountain at 4,800m and it has snowed in the past two days, which means you can’t see it. It took us 2 hours of dirt roads and we already paid the entrance fee, so we are going up regardless. Considering how tired you are just walking around the parking lot, it’s really tempting not to go up. After a grueling hike for an hour, we finally see it – annnnd it is quite underwhelming. The colors aren’t very vibrant and it’s actually more like a knoll rather than a mountain – that’s how small it is.

This is how it should be (apparently)

This is how it was

Steve is tired and not impressed.

After a brief picture up top, we all head down to camp at a lower altitude for the night. Sometimes, the picture that was edited over and over again to try and highlight the best of something is a disappointment in reality. We can’t all have a win all the time.